Caliditas is a trading card game where the key attribute is the temperature of the cards. The original version was made for Godot Community Game Jam - June 2018 within three days. The original version is still available. The alpha version has a lot of improvements like more cards, a better gui and also networked multiplayer.

Mouse (LMB to select cards, RMB to zoom in)

In addition to creatures there are also spell cards. Many of them can alter the temperature of your or your enemy's creatures.

If the enemy has no creatures on the battle field to protect him you deal damage to him equal to the absolute value your current temperature. This means you can't reduce your opponent health while using a balanced set of ice and fire creatures.

Your creatures attack right after you end your turn. They chose to attack a random creature and prefer weaker creatures as the attacker is destroyed as well if both fighting creatures are equally strong. If there are no creatures left after your attack you may deal damage to your opponent, but only up to 10 points per turn. Both players start with 20 health.

If a player is hurt he draws an additional card next turn. If his health drops below 50% for the first time he draws 4 cards instead. Otherwise the player draws one card at the start of his turn.

Cards require mana in order to be played. Each player starts with 3 mana points and gets one more point for each turn passed.

There is also an in-game tutorial now with further informations.

The game keeps asking if you want to quit also occasionally crashes when I select something on the menu. (V0.3 web)

Right, that dialog should be disabled for the web version.

I'm just porting the game to the latest Godot version and it seams to fix most issues with the web version.

Buggy as all hell messy spaghetti coded garbage. I'm sure the Concept is sound.... But it's literally unplayable.

If you tried to open it in a different version of Godot, it will not work. (I think it was 3.2.3.)
Also, the code base was written in one day. I'd make it more modular and less hard coded with more time. 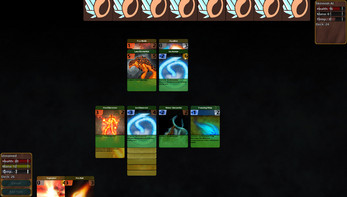 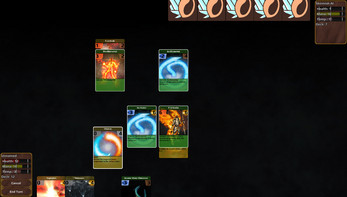 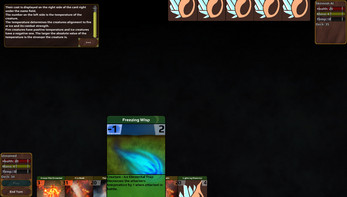 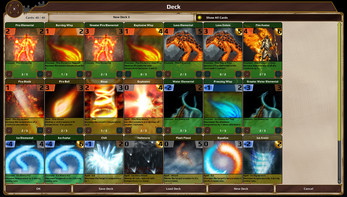 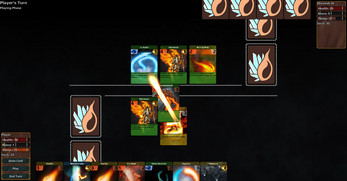